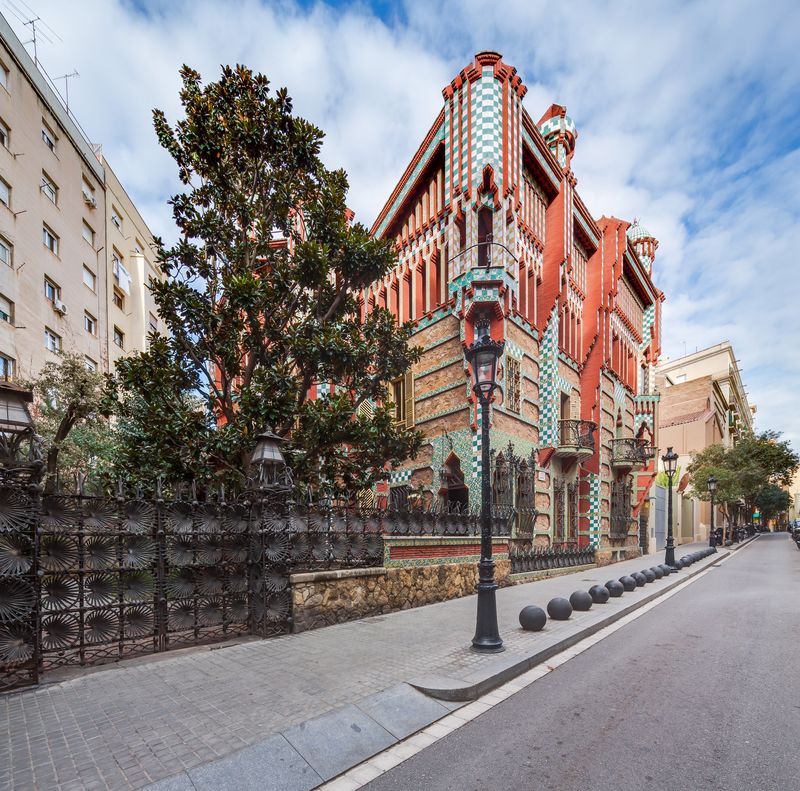 Joey Haar — May 25, 2017 — Art & Design
References: casavicens.org & dezeen
Share on Facebook Share on Twitter Share on LinkedIn Share on Pinterest
Antoni Gaudi is accepted as one of the most idiosyncratic and influential architects of all time, with hordes of people having flocked to his works all over Barcelona, but 'Casa Vicens' is a new offer from the legendary turn-of-the-century architect. Of course, Casa Vicens isn't newly built -- that would be impossible, as Gaudi died in the 1920s -- however, the holiday home's recent restoration is soon to finish, meaning that it will be open to the public for the first time since it was erected.

Barcelona is Gaudi's town, and tourists can explore his works everywhere around the city. From the Sagrada Familia to Park Guell to things as minor as subway entrances and lampposts, Gaudi is everywhere in Barcelona. That said, tourists have consistently missed out on one of Gaudi's most important works. Casa Vicens was both the first house he ever built as well as his first building completed in Barcelona.
2
Score
Popularity
Activity
Freshness
Get Better and Faster