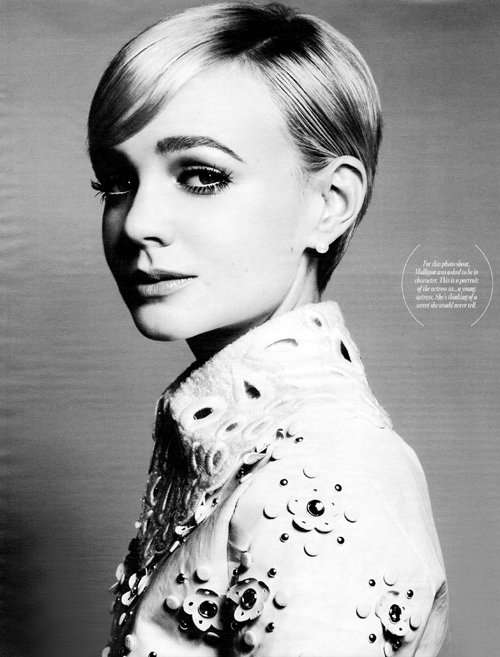 The Carey Mulligan for W Magazine January 2012 Shoot is Stunning

The pixie-haired actress channels '60s icon and living legend in the modeling industry, Twiggy, with her slicked back hair, dramatic eyes, and exaggerated eyelashes.

Shot by photographer Michael Thompson, the headline for the shoot on the front cover of W Magazine reads: "Carey Mulligan: Naughty But Nice - The star of Shame sheds her good-girl image." Her role in Shame is a dark but powerful one that involves nudity, drug use and suicide attempts.