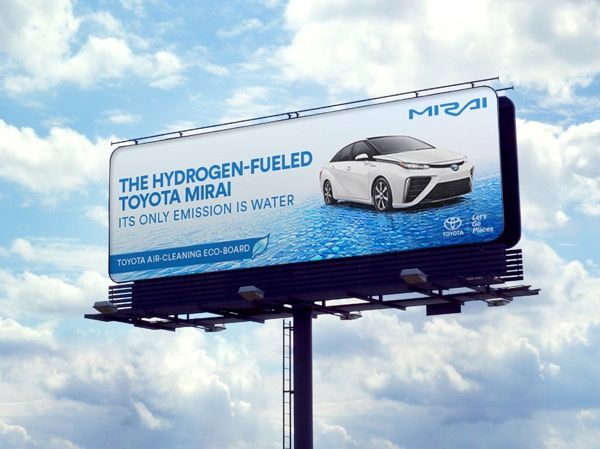 As the Toyota Mirai is a hydrogen fuel cell vehicle that only emits water vapors, this "eco-billboard" shows off how the car can contribute to a better environment. The Mirai car billboard features a titanium dioxide-coated vinyl, so that a reaction with oxygen occurs to convert nitrogen dioxide into nitrate. As long as the there is some light, humidity and airflow, the coating on these billboards in Los Angeles and San Francisco, California, remains activated and continually purifies the air to help city residents breathe a little bit easier when it comes to air pollution.