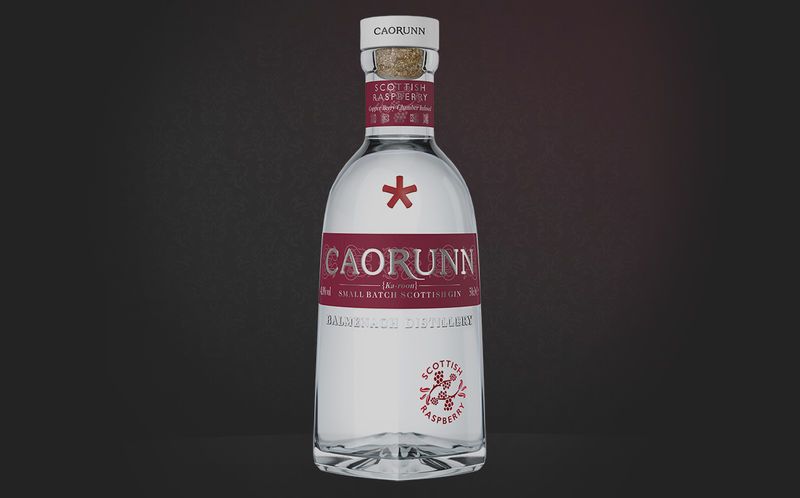 The Caorunn Scottish Raspberry Spirit is Crisp and Fruity

Michael Hemsworth — April 20, 2019 — Lifestyle
References: caorunngin & foodbev
Share on Facebook Share on Twitter Share on LinkedIn Share on Pinterest
The Caorunn Scottish Raspberry spirit has been launched by the distillery as its first flavored gin to mark the 10th anniversary of the brand's inception. The spirit has been crafted in small batches of 1,000 liters to ensure the utmost attention to quality and contains five locally foraged Celtic botanicals along with six traditional botanicals found in gin. Perthshire raspberries have been used to create the fruity flavor profile and is reported to have a dry, crisp profile that is accented by a touch of sweetness.

Gin master Simon Buley spoke on the new Caorunn Scottish Raspberry gin saying, "We’re incredibly proud to be introducing our very first flavoured gin just ahead of our ten-year anniversary of Caorunn gin, here at Balmenach Distillery. Caorunn Scottish raspberry leverages the same trusted process that has made Caorunn gin such a success over the last decade. This process, paired with the unique infusion of Perthshire raspberries, has allowed us to create a bright, clean and fruity gin that we’re incredibly proud to be adding to our range."
1.4
Score
Popularity
Activity
Freshness
Get Trend Hunter Dashboard