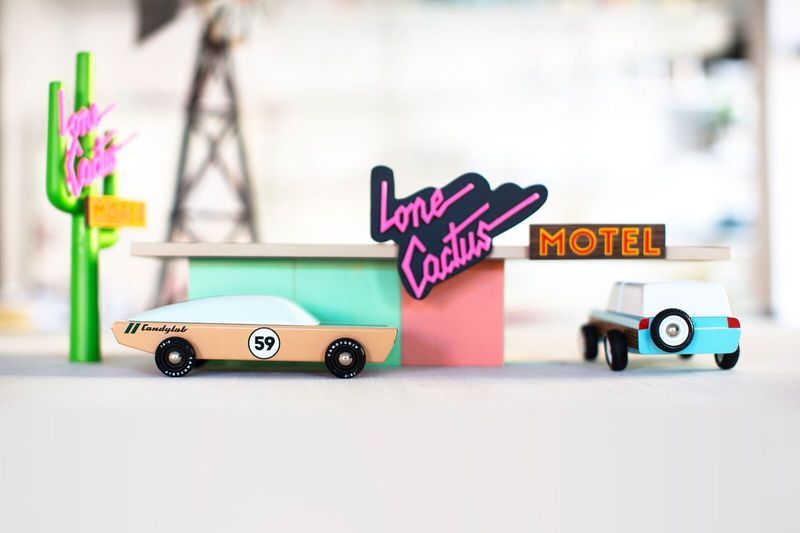 Joey Haar — July 22, 2016 — Autos
References: candylabtoys & kickstarter
Share on Facebook Share on Twitter Share on LinkedIn Share on Pinterest
Candylab Toys' third round of toys yet again hearkens back to a bygone era of automotive design and architecture, giving kids awesome tactile toys while helping Millennial parents connect with a generation that their own parents were a part of. The wooden toys are sturdier than most other plastic toy cars on the market, with smooth and appealing lines that, ironically, reflect society's smoothed over collective imagination of the mid-20th century.

There are three new cars being introduced in Candylab Toys' third round. 'The Ace' is a tapered muscle car with a speedy racing stripe down its hood. Another muscle car, 'Blackjack' is an electric green dynamo best suited for the drag circuit. Finally, 'The Pioneer' is a family camper that reminds consumers of road trips along California highways with a canoe (included in the set) strapped to the roof and thoughts of river-running awash in familial heads.
4.7
Score
Popularity
Activity
Freshness
Jeremy Gutsche Keynote Speaker