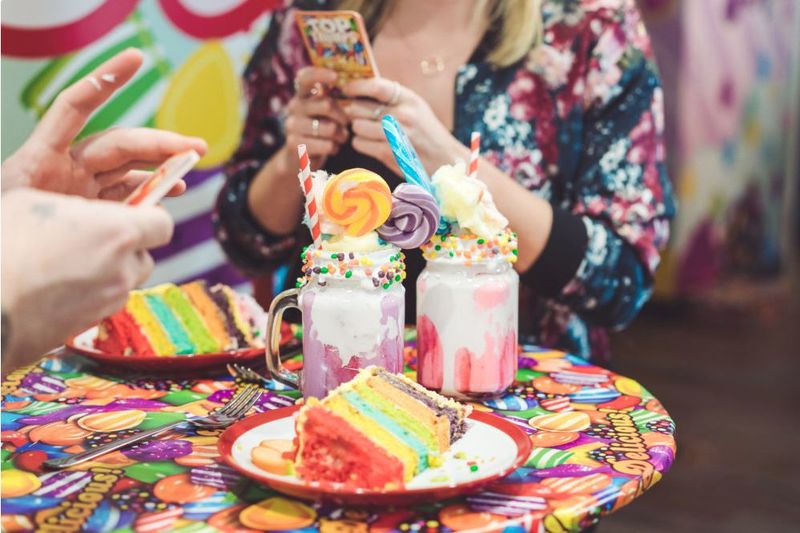 Rebecca Byers — July 13, 2017 — Marketing
References: eventmagazine & candycrushcafe
Hosted over a two-day period in London's Soho neighborhood during June 2017, the Candy Crush Cafe is a clever interactive brand activation where guests were able to play a board game version of the popular gaming app. In addition to playing the board game version of Candy Crush, the pop-up cafe also served a variety of game-themed food and drinks and was accessible to individuals 18 years of age and older.