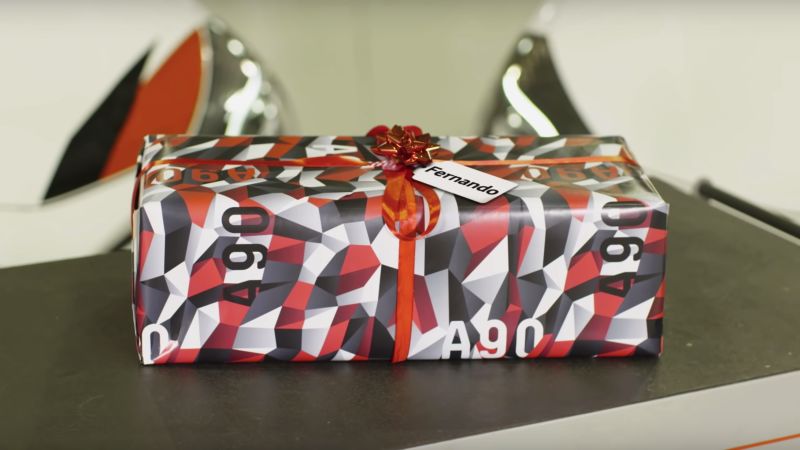 Justin Lam — December 20, 2018 — Autos
References: jalopnik & cnet
Share on Facebook Share on Twitter Share on LinkedIn Share on Pinterest
When Toyota's new Supra was unveiled, it sported a gorgeous new camouflage pattern, now the automotive brand has used the pattern to create camouflage wrapping paper. Unveiled by Toyota UK, only 500 sheets of this limited-edition wrapping paper will be released and will only be shipped to addresses in the UK. The camouflage wrapping paper itself takes on the slightly futuristic pattern and features swirly patterns of red, black, and white.

While the wrapping paper may seem like a strange thing for Toyota to release, the automaker is using the paper to further its charitable efforts. All the wrapping paper sold will go to benefit the Crisis at Christmas charity which aims to help the homeless throughout the UK. The paper is also fully recyclable, unlike some other fancy and glittery paper.