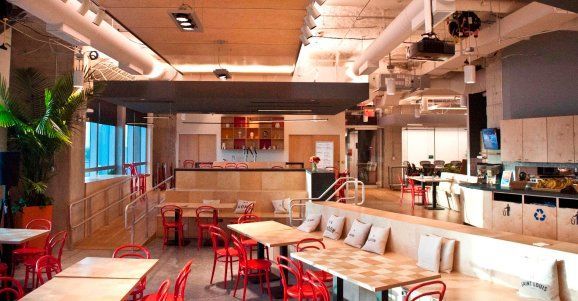 The Cambridge Innovation Center Received Funding To Expand Into Europe

Justin Lam — March 16, 2018 — Business
References: cic & venturebeat
Share on Facebook Share on Twitter Share on LinkedIn Share on Pinterest
The Cambridge Innovation Center (CIC) has just received $58 million in funding from the European real estate developer HB Reavis (HBR). CIC currently functions as a center that provides co-working space for startups. The center gives startups a space to produce their product and gives tenants access to desks, meeting rooms, labs and much more. The Cambridge Innovation Center currently has hubs in Rotterdam, Boston, Miami and St. Louis, with the first location being in Cambridge, Massachusetts.

This new investment for the Cambridge Innovation Center will allow the company to further "expand its network of science and technology innovation campuses throughout the world. "One of these new campuses will include a 145,000-square foot campus in Warsaw that will be part of a complex being built by HB Reavis. CIC founder and CEO Tim Rowe has spoken about the investment from HBR and claimed that it would enable CIC to "dramatically accelerate the expansion of our global network."
3.9
Score
Popularity
Activity
Freshness
Jeremy Gutsche Keynote Speaker