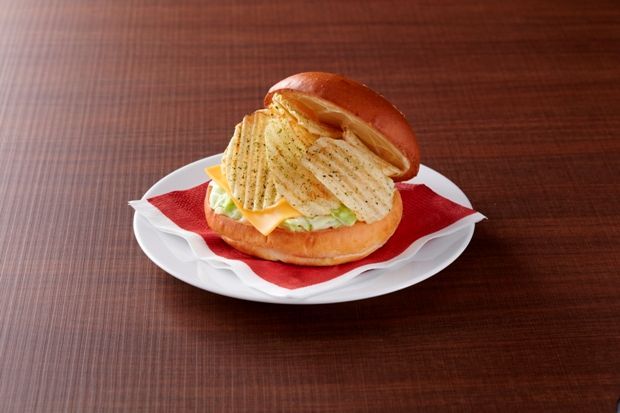 Laura McQuarrie — July 12, 2014 — Lifestyle
References: prtimes.jp & en.rocketnews24
Share on Facebook Share on Twitter Share on LinkedIn Share on Pinterest
As part as an unusual campaign, Japanese snack food manufacturer Calbee is opening up the Calbee Kitchen in an expressway with heavy traffic. Although the snack maker has a large presence in grocery stores and it has previously opened other stores like Calbee Plus and Grand Calbee, when this new shop opens up on July 14th, visitors will find a fun and unusual snack menu.

The new Calbee Kitchen is set to serve parfaits loaded with fruit, yogurt and breakfast cereal, shrimp-flavored chips that are exclusive to this location and oddest of all, a potato chip sandwich, where a meaty patty has been replaced with just a pile of chips. It doesn't seem like a very healthy snack, but at least there is some lettuce on the bun.
4.4
Score
Popularity
Activity
Freshness
View Innovation Webinars