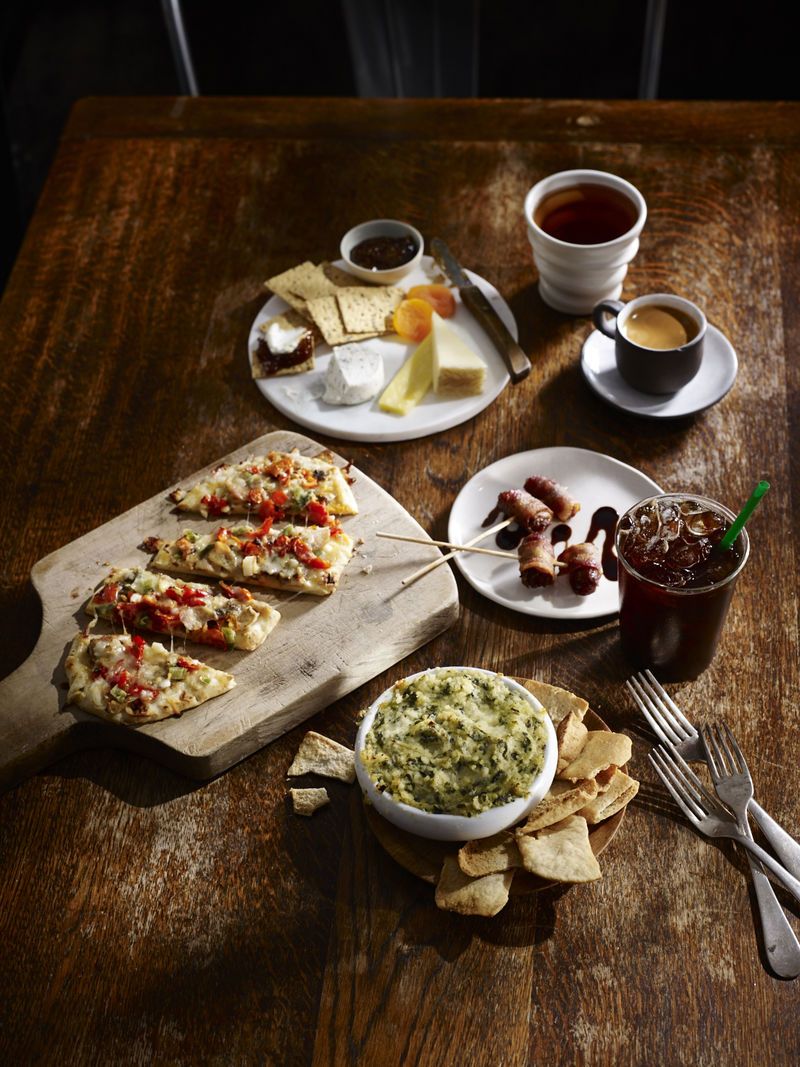 M — August 18, 2015 — Business
References: starbucks & sheknows
Share on Facebook Share on Twitter Share on LinkedIn Share on Pinterest
Starbucks may soon be the place you frequent after hours as well, as the brand is set to under go an evening rebranding to serve alcohol at several establishments in Los Angeles and Chicago. Now with a sleek evening rebranding, foodies can frequent their favorite coffee shop in the later hours for an evening pick me up.

While Starbucks officially announced back in 2010 that it would bring alcohol such as wine and beer to its locations, only now is it being realized in 70 locations across the US this week. The program, fittingly titled 'Evenings,' will encourage frequenters of the cafe in the morning to stop by the same venue later on in the day for an evening beverage. Many of the wines and beers offered will be local hailing from regions close by from vineyards and breweries. The chain will also serve small food pairings to match the beverage choices, including items such as truffle mac and cheese and dates wrapped in crispy bacon.
3.1
Score
Popularity
Activity
Freshness
Attend Future Festival