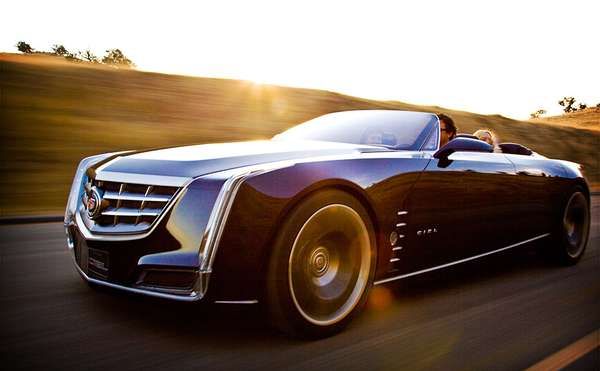 Meghan Young — August 22, 2011 — Autos
References: cadillac & uncrate
Share on Facebook Share on Twitter Share on LinkedIn Share on Pinterest
Forget about those classic 70s caddy convertibles, the Cadillac Ciel Concept brings a whole new level of luxury to these open-air vehicles. It is essentially a gentle grand touring car that has had its top sliced off. In fact, it may remind you of an old period film, which were often filled with casual, oversized, four-seat convertibles of the early 20th century.

It wouldn’t be surprising if it did since the designers behind the Cadillac Ciel Concept were inspired by those movies. Equipped with a hybrid system pairing a lithium-ion battery with a twin-turbocharged, 3.6L V6, an interior borne of nude panels, wood, and leather, carbon ceramic brake rotors, a power-assisted transmission shifter, it recalls a bygone era of simple luxury with some modern tweaks.
5
Score
Popularity
Activity
Freshness
Jeremy Gutsche Keynote Speaker