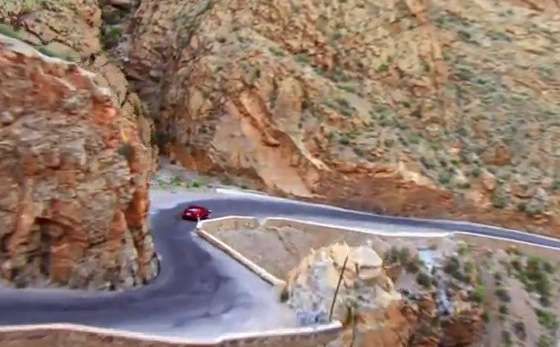 The 'Cadillac ATS vs. the World' Campaign Tests the Agility of the Car

Katherinev123 — July 20, 2012 — Autos
References: cadillac & adweek
Share on Facebook Share on Twitter Share on LinkedIn Share on Pinterest
To promote the 2013 Cadillac ATS and its amazing agility, Cadillac has launched a new commercial called 'Cadillac ATS vs. the World.' The exciting commercial shows the automaker's new luxury vehicle navigating and winding through extreme environments, such as the Moroccan desert and the Guoliang Tunnels in China and one of world's windiest areas, Patagonia in Chile.

Created by agency Fallon and showcasing the driving skills of champion racecar driver Derek Hill, the Cadillac ATS vs. the World commercial aims to position the 2013 ATS against other compact luxury cars like the BMW 3 Series. In this product category, consumers desire cars to be "fun to drive," and Cadillac hopes that this element has been successfully portrayed in the new ad, which will air during the opening ceremony of the 2012 London Olympics.