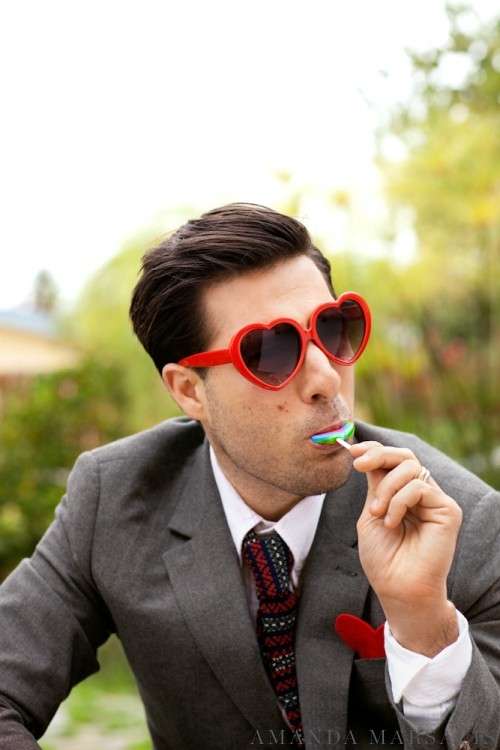 Dressed in a dapper, gray-toned suit and tie, the indie heartthrob is pictured wearing heart-shaped sunglasses, sucking on heart lollipops and reading love letters from what can only be assumed his many admirers. The portraits, though cute, show a silly and playful side to him as the props used as well as his gestures have an innocent child-like quality to them. Photographer Amanda Marsalis captured these hilarious images, which show Schwartzman pretending to make out with someone and seen casually sucking a heart lollipop in another.

The BUST magazine February/March 2013 issue shows a playful side to the actor, which makes him appear even more lovable then he already was.