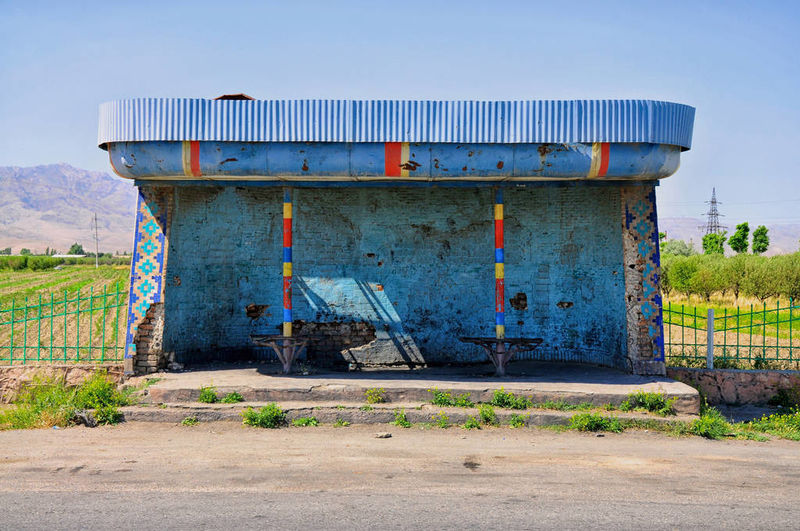 Riley von Niessen — February 13, 2017 — World
References: dezeen & fubiz.net
Peter Ortner traveled throughout the former Soviet Union to immortalize certain areas that continue to be used by locals, which he displays on his project that consists of bus stop photography.

The stops are located in vastly different areas and the architecture of each is incredibly unique. One that's rather simple features a large cutout in the wall that supports the arc that provides shade to those waiting for the bus. Due to this design, locals can look out to the stunning ocean view that's located behind, making the wait a little more enjoyable. Another image that's included in Peter Ortner's USSR bus stop photography project shows a dark building that has a dramatic roof that comes to a point on either side. Others feature beautiful tile work, colorful paintings and much more.
5.2
Score
Popularity
Activity
Freshness