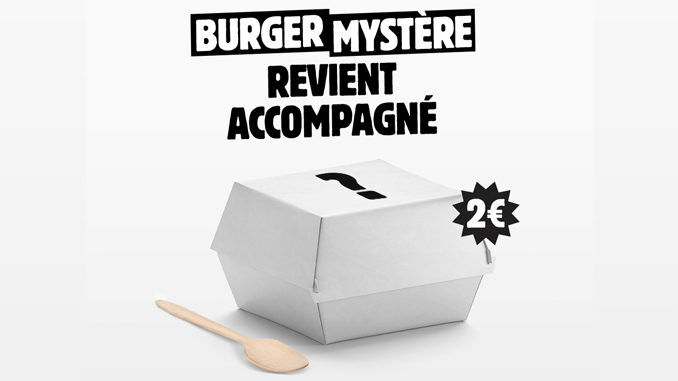 Grace Mahas — August 29, 2020 — Lifestyle
References: chewboom
Share on Facebook Share on Twitter Share on LinkedIn Share on Pinterest
Burger King is renowned for its out-of-the-box marketing tactics, and Burger King France is setting itself apart with its latest iteration of the Mystery Burger activation. The new promotion entails paying 2 Euros for a non-descript burger box that will contain a randomly selected burger.

Previous Mystery Burger promotion included the option of 10 burgers including the Whopper, Big King XXL, the Steakhouse, and more, but this year's promotion doesn't state which burger options are available. In fact, according to a social media post from Burger King France, consumers may need to "ask for a spoon with your Mystery Burger.”

Fans looking forward to the 2020 Mystery Burger promotion have to wait until September 1st when it officially launches in France.