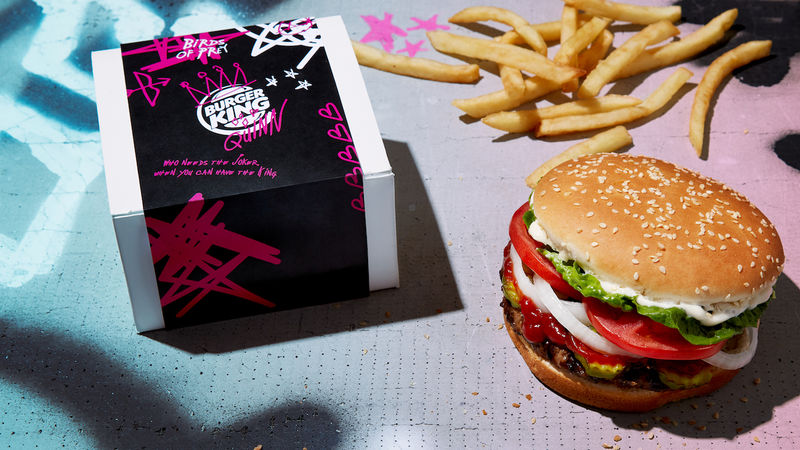 Laura McQuarrie — February 6, 2020 — Lifestyle
References: bk & businesswire
To kick off the 2020 release of Birds of Prey (and the Fantabulous Emancipation of One Harley Quinn,) where Harley Quinn and Joker are officially broken up, Burger King is teaming up with Warner Bros. Pictures for an anti-Valentine's Day burger campaign. As part of the campaign, fans will be able to visit participating locations in New York City, Los Angeles, San Francisco and Boston with a printed photo of their ex to get a Birds of Prey-themed “breakup box." These boxes are decorated with scrawling pink writing that asks: "Who needs The Joker when you can have the King?"

Harley Quinn will also be taking over an entire Burger King restaurant in NYC. The 'Burger Quinn' location will be unmissable, completely decked out with Quinn's signature graffiti and style.