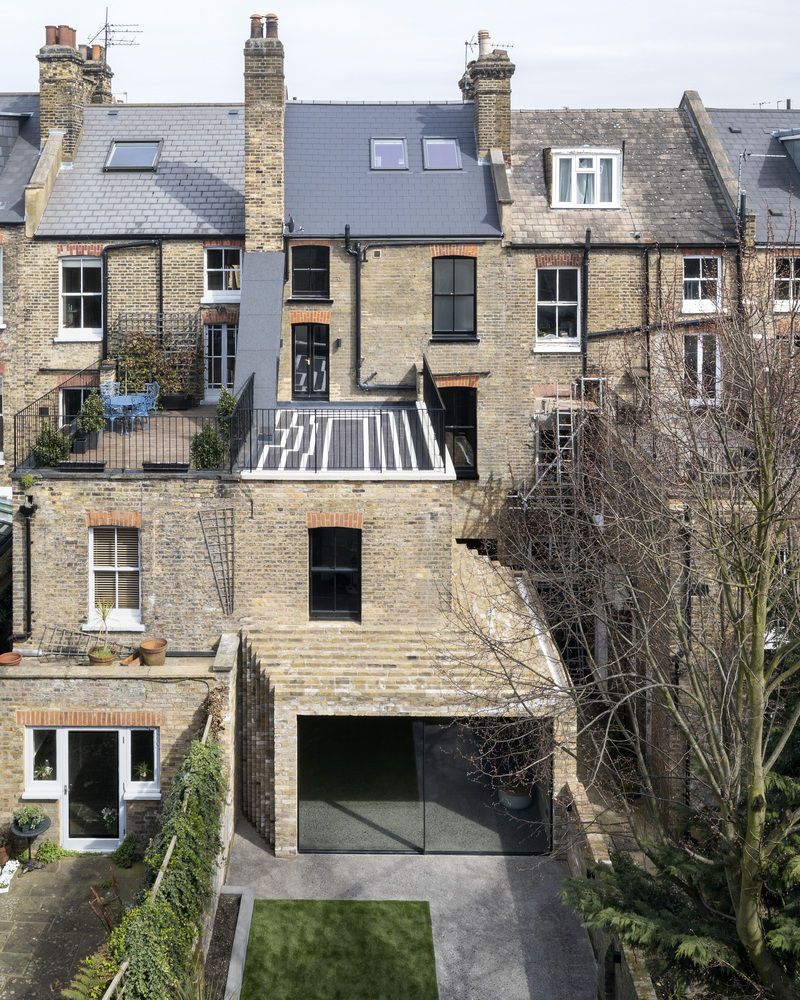 Joey Haar — May 16, 2018 — Art & Design
References: archdaily
Share on Facebook Share on Twitter Share on LinkedIn Share on Pinterest
There's always a tricky line to toe when it comes to adding an extension on an old, traditional building, but Bureau de Change Architects has found a clever way to add creativity to a London home without straying too far from its historic characteristics. The studio's extension, which it appropriately refers to as 'Step House', consists of a series of jagged right angles made out of the same brick that typifies the home itself as well as all the surrounding buildings in the area.

Bureau de Change's extension is interesting in that it isn't immediately apparent at first glance, even though most onlookers will quickly realize that something isn't quite normal. The jagged brick layout ultimately creates a more creative and sculptural expression of the sandy bricks.