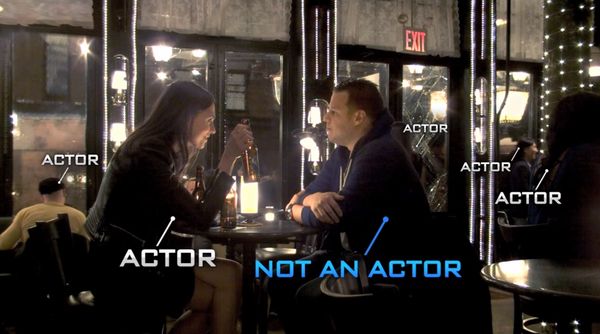 Laura McQuarrie — February 3, 2014 — Marketing
References: youtube & adweek
Share on Facebook Share on Twitter Share on LinkedIn Share on Pinterest
The 2014 Bud Light Super Bowl ad truly captures the essence of its new tagline: "The perfect beer for whatever happens." For the commercial, an elaborate stunt was set up with over 400 hundreds actors, plus celebrities and musicians to see if one unsuspecting guy, Ian, would truly be up for whatever.

The stunt starts off at a bar and the adventurous Ian is soon whisked off into a red Hummer limo with Reggie Watts. Soon after, he shares a space in an elevator with Don Cheadle and a lama. To make things even weirder, Ian is wearing the exact same outfit as Cheadle, right down to the blue pocket square.

Finally, Ian encounters Arnold Schwarzenegger for a match of table tennis and after it's over, the walls fall to reveal a huge gathering of people — it's definitely one of the most epic Super Bowl commercials this year.
4.7
Score
Popularity
Activity
Freshness
Access Advisory Services