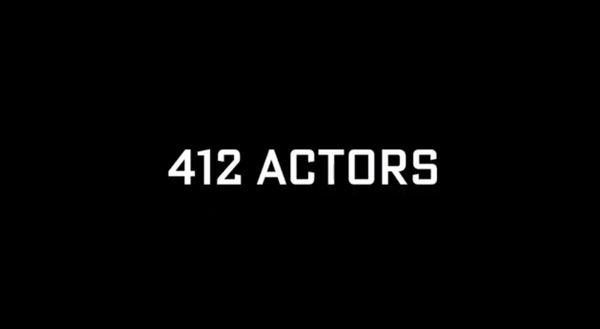 Laura McQuarrie — January 25, 2014 — Marketing
References: budlight & adweek
Share on Facebook Share on Twitter Share on LinkedIn Share on Pinterest
To shed some light on what’s to come for its two Bud Light commercial spots during the Super Bowl, the American beer brand released a total of six teaser clips. Together, the two full Bud Light Super Bowl ads that will air on game day (one 30-second and one 60-second) this year will tell the story of an “epic night.”

This particular teaser reveals some of the action you can expect on Super Bowl Sunday. The BBDO agency put together a massive stunt involving one unsuspecting guy, 58 hidden cameras, rockstars and a total of 412 actors, including some big names like Arnold Schwarzenegger, Don Cheadle and Reggie Watts.

The teaser ads announce “whatever is coming,” and the Super Bowl ads will play up Bud Light’s new tagline, “The perfect beer for whatever happens.” Some of the other teasers include Cheadle chatting with a llama and Schwarzenegger suiting up for a ping pong match, so there’s no telling what’s in store.
3.1
Score
Popularity
Activity
Freshness
Get Trend Hunter Dashboard