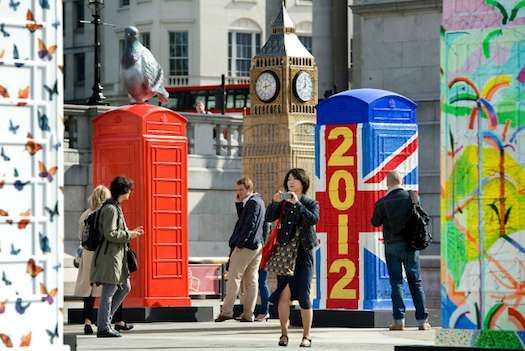 Commissioned by British Telecom in celebration of its 25th anniversary with ChildLine, the BT ArtBox project has invited artists and designers to artfully redesign the classic red telephone booth. Artists invited include Romero Britto, fashion designer Giles Deacon and Keith Tyson, a 2002 Turner prize winner, among others.

Each artist was given a full-size replica of the Sir Giles Gilbert Scott-designed original K6 telephone booth, says the BT ArtBox website, to do with it as he or she pleased. Some artists chose to cover the entire booth with a print or pattern, such as leopard print or a floral motif. Others even deconstructed the booth to create an entirely new form, such as a stacked sculpture or couch.

The redesigned phone booths from the BT ArtBox project will be on display around London between June 18 and July 16, after which they will be auctioned off to raise money for ChildLine.
3
Score
Popularity
Activity
Freshness
Get the 2023 Trend Report FREE