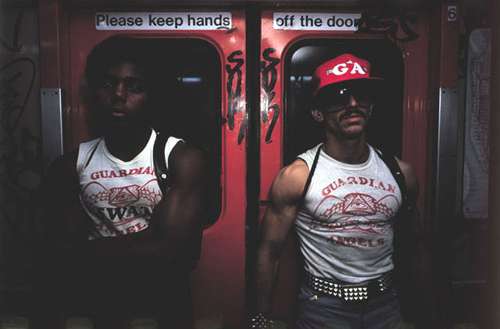 Photographer Bruce Davidson Has Made a Career Out of People Watching

Bruce Davidson’s photography career began as a child, when his mother created a darkroom out of their basement and Davidson began to take photos. In his mid-to early teens, Davidson rode Chicago’s ‘L’ Train by himself and took an interest in the diverse array of people that he would see on the trains.

In his seminal work, 'Subway,' Bruce Davidson investigated the controversial and dangerous New York City subway system during the 1980s. His pictures found a way to display humanity, real New York style and the diversity of the subcultures that frequented the NYC subway system on a daily basis.

The book was one of the biggest moments in a long career for Bruce Davidson. Some of my favorite shots from 'Subway' are in this gallery, and to see more of the Bruce Davidson collection, you can see a retrospective on his career at the Chris Beetles Fine Arts museum in New York until May 28th, 2011.
2.7
Score
Popularity
Activity
Freshness
Access Advisory Services