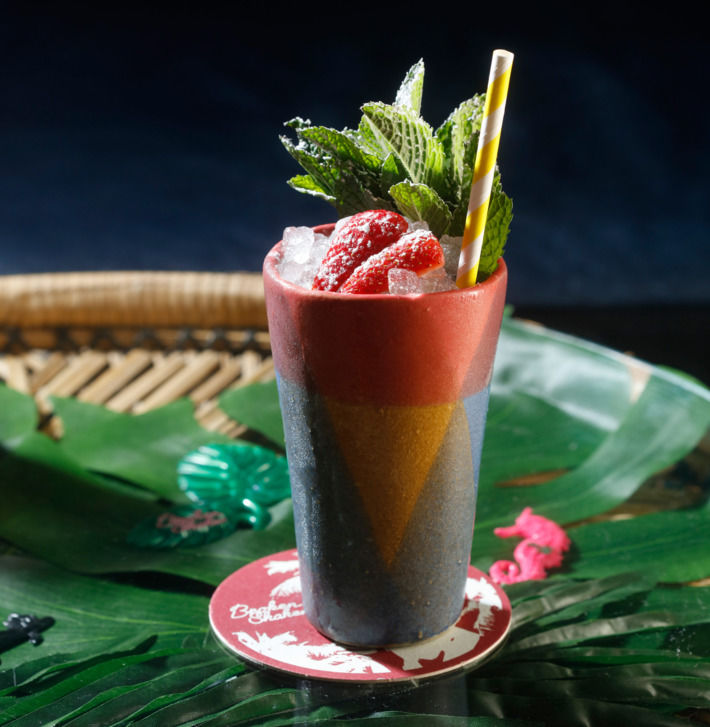 Justin Lam — May 15, 2018 — Lifestyle
References: freehandhotels & grubstreet
Share on Facebook Share on Twitter Share on LinkedIn Share on Pinterest
Originally started as a pop-up in 2012, Broken Shaker has finally found a permanent home as an open-air rooftop bar in New York City. Founded by Gabriel Orta and Elad Zvi, this new bar combines flavors from the Middle East and Latin America, as well as its former home as a pop-up at Freehand in Miami.

Staying true to its influences, Broken Shaker carries with it an outwardly laid-back vibe with a particular focus on tropical influences. The drinks may pull from a tropical pantry, but they also feature influence and emphasis on Middle Eastern flavors and Latin American flair. The Strawberry Rye Tai is perhaps the best example of innovation and blending at Broken Shaker as it draws inspiration from the classic tiki mai tai, but also adds a strawberry-vanilla-oat-milk orgeat.

This blend of influences continues onto the food menu at Broken Shaker. Helmed by Jimmy Lebron, the food takes influence from all over the world, ranging from Yemen to Japan.