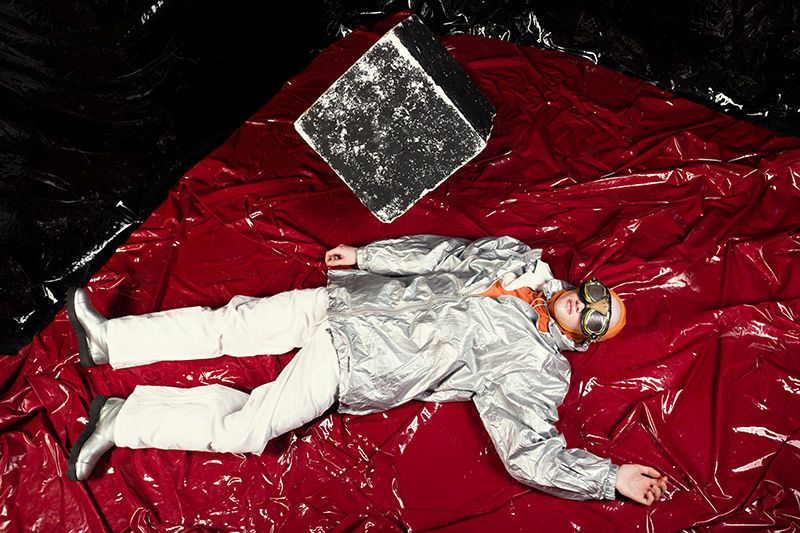 Kirill Voronin, a vocalist, actor, choreographer, and model, posed for the editorial. Throughout the shots, he's often positioned to look as though he's at the center of a strange galactic universe. In order to make this clear, the shots feature objects that seem to be dangling in the air, and parts of Kirill Voronin's body are often edited out to make it look like he's floating as well.

To create these shots, Briukhov Artem got help from stylist Maria Lazareva and makeup artist Olga Popova, who helped to generate the model's futuristic look.