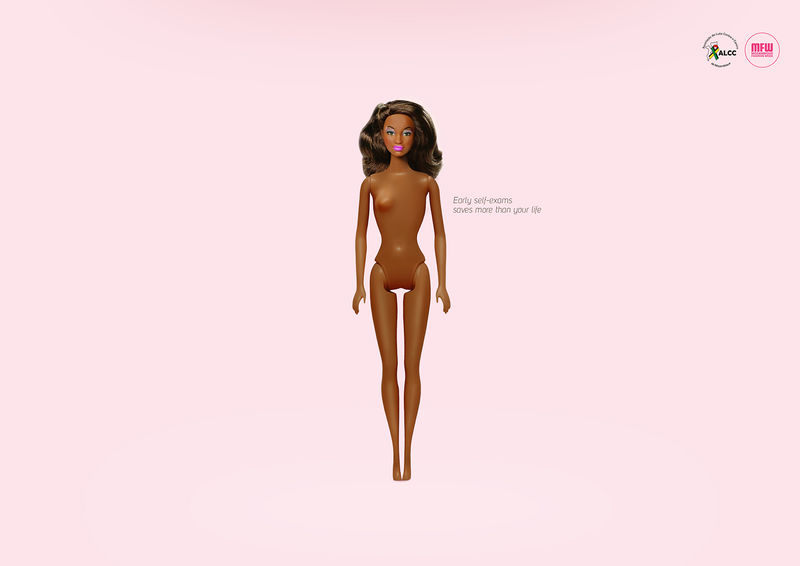 Meghan Young — January 18, 2015 — Marketing
References: ddb & adeevee
The ALCC Breast Cancer campaign is eye-opening for more than one reason. Not only does it address the need for early self-exams in order to avoid losing one's life and potentially a body part, which is not something women think about often. It does so in a way that speaks to its target demographic directly. Instead of using a traditional white Barbie, the Breast Cancer campaign focuses on a black one to better represent the Mapunto community the ad agency is based in.

Created by DDB, the ALCC Breast Cancer campaign was art directed by Thiago Alves and Ricardo Traquino with creative direction by André Coelho. It revolves around a simple image, but sends a powerful message about health and diversity. It is an image that will resonate strongly around the world.
5.2
Score
Popularity
Activity
Freshness