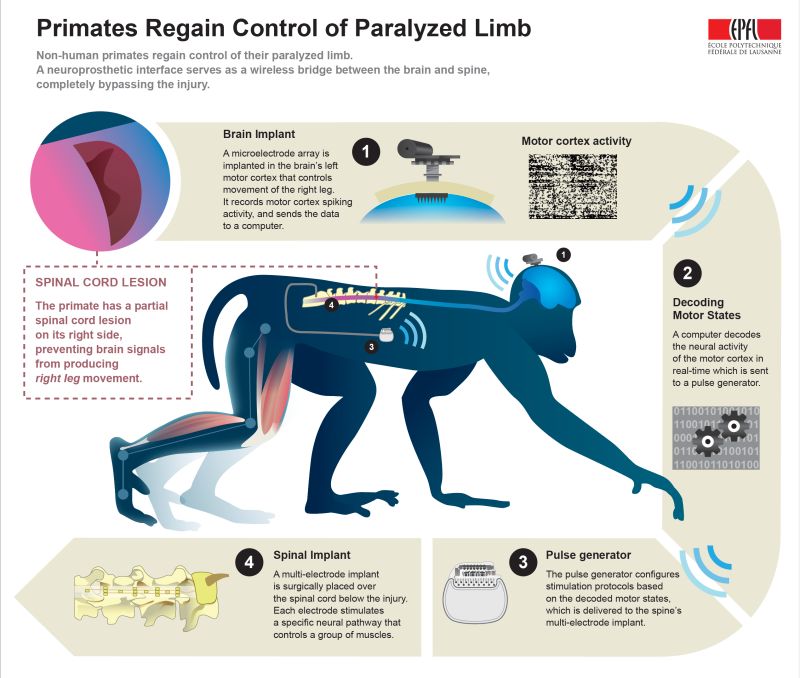 The system consists of a brain implant and a system of electrodes around the spinal cord that allows the brain to communicate with the spine and engender locomotion. In many cases of paralysis, one's limbs are themselves completely functional, but an injury to the spinal cord prevents the brains' signals from reaching those extremities. The EPFL's brain-spine interface creates a wireless bridge across that spinal injury, letting the paralyzed limb receive signals and move once again.

In tests, the researchers were able to successfully restore movement in the legs of two rhesus monkeys just six days after they suffered their injuries. With the brain-spine interface, the monkeys were able to move around and behave normally, without the need for any exterior power connection.
0.7
Score
Popularity
Activity
Freshness
Get Trend Hunter Dashboard