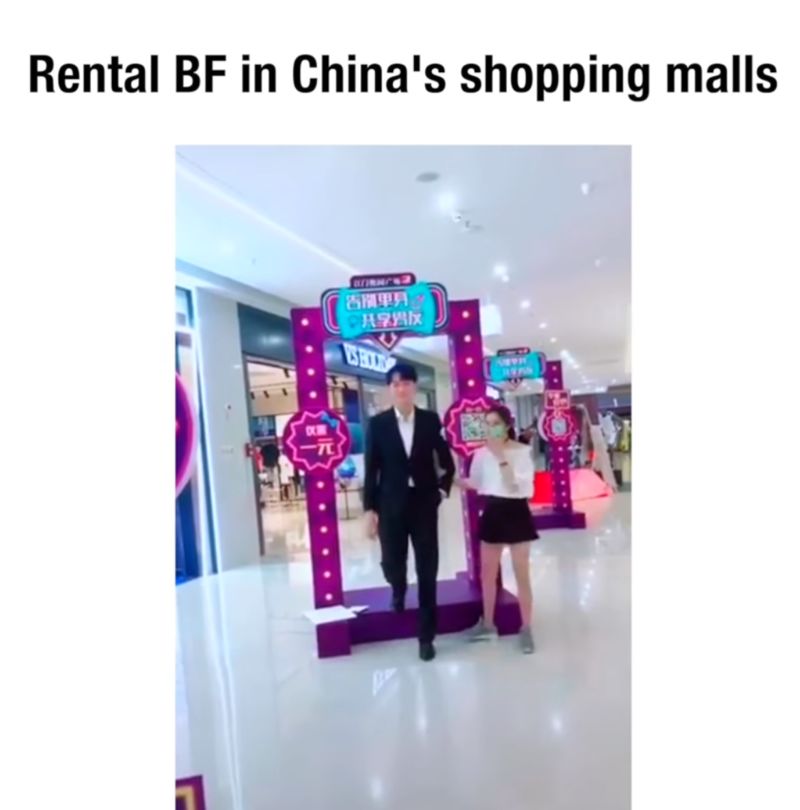 Asian Crush Posts a Video About a New Convenience-Focused Service

Kalina Nedelcheva — August 3, 2018 — Unique
References: facebook & designtaxi
Asian Crush — a video hub that celebrates Asian culture, its traditions and its contemporary manifestations, posts a video on Facebook detailing a new boyfriend rental service that is becoming available in malls in some provinces of China.

For an accessible and affordable price, patrons can 'borrow' a boyfriend to keep them company during a lengthy and tiring day at the mall. Albeit the men are not allowed to establish physical contact with the paying customer, they keep good company, carry bags and take photos. When one thinks about it in context, a boyfriend rental is actually a convenient service that can be quite fulfilling for the lonesome shopper.

The cost is only $0.15 USD per 30 minutes and customers can borrow a 'boyfriend' by scanning a QR code at a designated kiosk.
5.3
Score
Popularity
Activity
Freshness

Distracted Pedestrian Walkways
A Cellphone Footpath Has Been Introduced in China