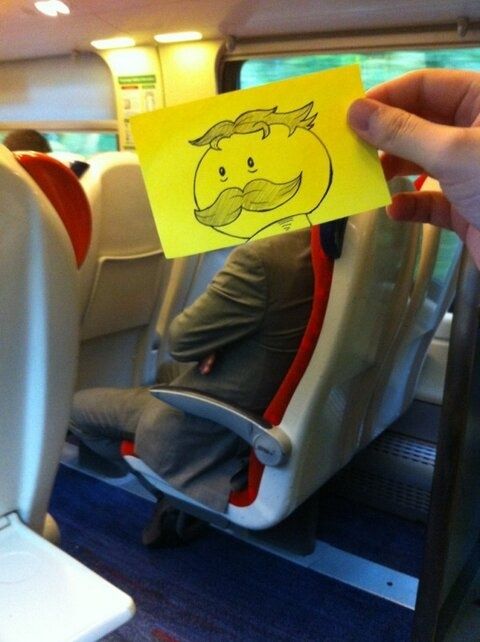 Mesel Isaac — February 10, 2014 — Art & Design
References: twitter & imgur
Long commutes can be incredibly difficult; it doesn't matter if you're bored on a train or bus, if you find yourself without a book and/or iPod, you have to somehow make your own fun.

This is exactly what Twitter user October Jones did to pass the time in order to prevent himself from being bored on a train. Playing with the idea of perspective, October Jones draws famous pop culture characters on a post-it note and then photographs it in such a way as to give the impression of it being the actual head of people surrounding him on the train.

Better known from his book and Tumblr account 'Text From My Dog,' October Jones has created another hit on his hands, and he has boredom to thank for it.
6.4
Score
Popularity
Activity
Freshness