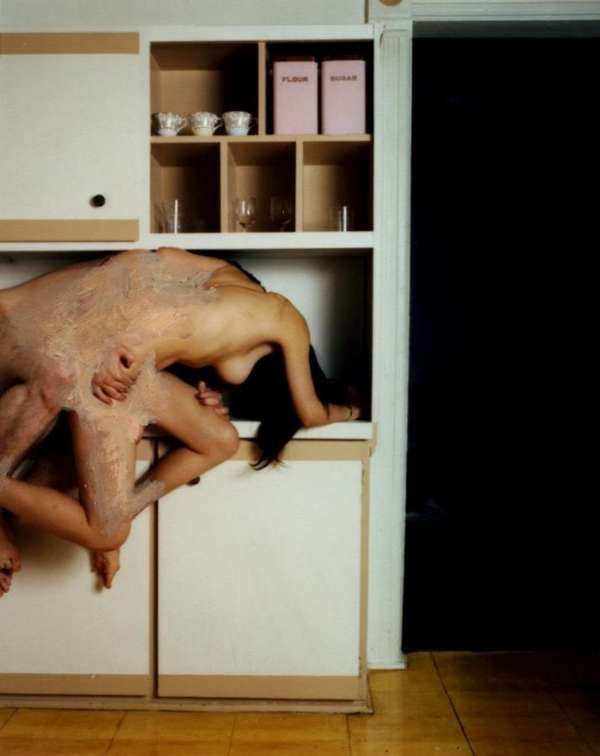 The 'Symbiosis' Series Explores Relationships and Love in Couples

— July 16, 2013 — Art & Design
References: rikgarrett & designyoutrust
Share on Facebook Share on Twitter Share on LinkedIn Share on Pinterest
Artist Rik Garrett has created a bizarre series of portraits, aptly titled 'Symbiosis,' that explores the relationships between couples through body blending. Each portrait in the series depicts a surreal, humanoid creature that is made up of two separate people that have somehow melted together.

One couple becomes almost spider-like in its blending, looking like a huge hand with a few facial features scattered over its surface. Another portrait shows a man and woman kissing. Their mouths meld together, while the man's hand, which is placed on the woman's cheek, also melts into her face.

This creates a creature that is at once two separate people, yet simultaneously a single being. For this reason, Garrett has truly touched on the heart of relationships. They are symbiotic, meaning that both halves should be receiving positive qualities from the other. By representing this through art, Garrett has created a visually stunning series that both disturbs and speaks honestly.
2.4
Score
Popularity
Activity
Freshness
Get Trend Hunter Dashboard