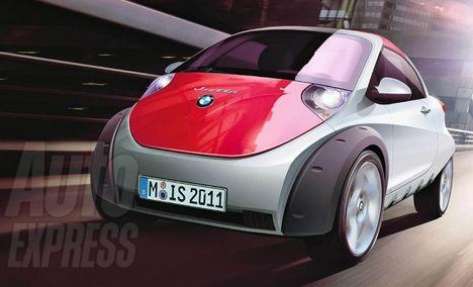 BMW resurrected the MINI, but can they do the same with the pod-like Isetta? The original three-wheeler was only 2.4 metres long, leaving enough space for two passengers and a few groceries, but the new model will be a little bigger to accommodate a fourth wheel. The rear-mounted engine will make the Isetta the most eco-friendly BMW to date.

"That will help it to cut the line-up's average emissions to meet future targets. A zero-emissions electric variant would also provide a similar benefit," said AutoExpress. "BMW has given no official confirmation of the new Isetta's existence, but company bosses are said to be considering design proposals."

"One issue to address is brand image. Could such a car live up to the firm's 'ultimate driving ma­-chine' slogan? If so, expect more about the new Isetta in 2010."

Is it just me, or does it resemble the VW bug? Either that, or it looks likes its backwards. Judge for yourself and check out the clip from Fast Lane Daily embedded below. They give the scoop about 3:30 into the video.