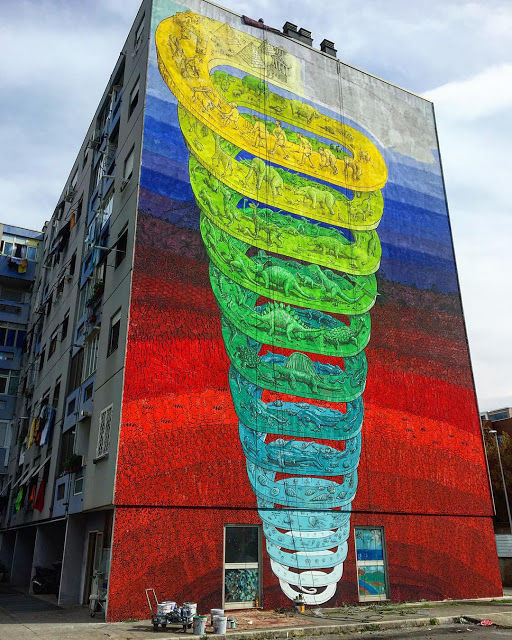 Painted on the side of a building in Rome, the Blu art shows a giant, conical spiral reaching up towards the sky. At the lower end of the spiral, a bright blue body of water contains early organisms. These morph into marine mammals and then into dinosaurs as the spiral continues. The color, meanwhile, transitions from blue to green and then into yellow. Dinosaurs become elephants, then primates and finally people. After early humans, the Blu art depicts Egyptian pyramids and intricate Roman constructions. Finally, the spiral becomes pure white and, at its highest point, begins to crumble and fall back down to the bottom of the building.
5.9
Score
Popularity
Activity
Freshness
Get the 2021 Trend Report FREE