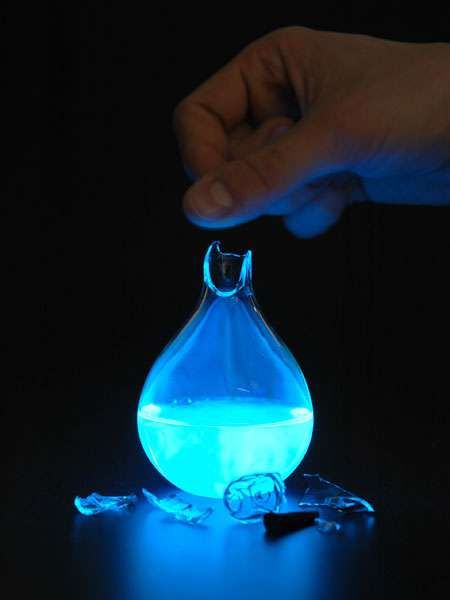 The impetus behind Thompson’s blood lamp is to show how much energy consumers waste by illustrating the importance of energy in human life. The average American consumer uses about 3383kwh of energy per year—equivalent to leaving a light on in four rooms for a full year. Since using light requires only the effort to flick a switch, we do not really consider the impact of energy waste on the environment.

Offering a metaphor for the way in which our life and energies affect the world around us, the blood lamp attempts to put in perspective our daily use of energy. It requires the user to break off the top of the lamp, dissolve a tablet in the solution, and use their blood to power the light. Because the lamp can only be used once, the user is forced to consider the importance of actually using the light in that instance.
3.1
Score
Popularity
Activity
Freshness
Get the 2023 Trend Report FREE