Anti-Smartphone Board Games
Next
Set of
Related
Ideas 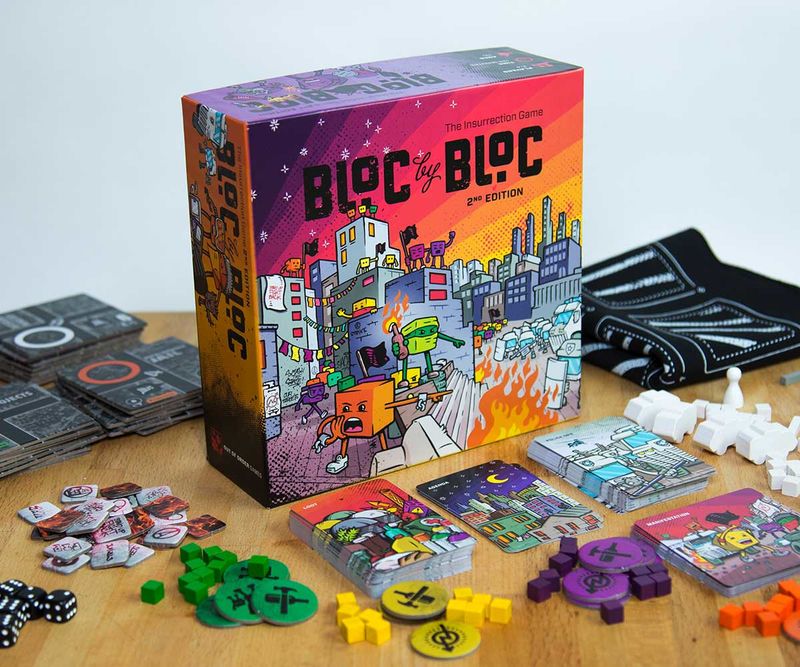 Justin Lam — November 14, 2018 — Life-Stages
References: outofordergames & vice
Share on Facebook Share on Twitter Share on LinkedIn Share on Pinterest
Inspired by revolution and insurrection, Bloc by Bloc is a unique board game that invites players to "Light the fires of resistance." Designed and developed by Out of Order Games, Bloc by Bloc aims to capture the spirit of 21st century protest movements, riots, and popular uprisings. According to T.L Simons, the author of the game, board games are not meant to be apolitical and should instead somewhat reflect what is occurring in contemporary society.

While some board games have explored the idea of revolution, Bloc by Bloc is one of the first be fully cooperative. This aspect of the game was designed by Simons after researching and viewing the 2006 teacher's strike in Oaxaca, the 2008 anarchist insurrection in Greece, and the 2009 Oakland protests. However, while payers must play cooperatively, the game also works to showcase how each party involved may have different reasons for toppling the hegemony.
1.5
Score
Popularity
Activity
Freshness
Get the 2021 Trend Report FREE