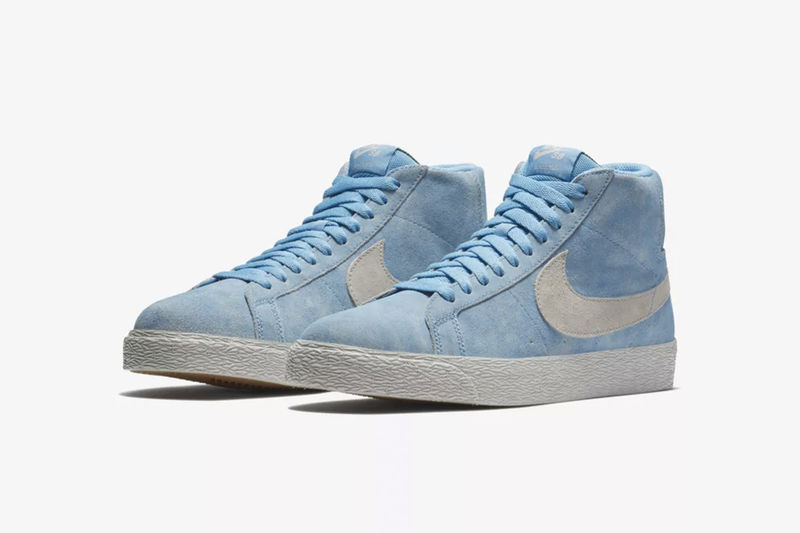 The sneakers boast a sleek sky-blue colorway that's given plenty of variance due to the natural changes of the dye on the soft suede uppers. Due to this, there are slight accents of white within the blue, making the uppers look like a minimally overcast sky. Nike's classic Swoosh logos are featured on the sides of the sneakers, as well as on the tongues. On the backs of both of the heels are embroidered rose designs, with the muted red flowers standing out starkly on the blue suede.

The new Blazer Mid model is set to officially release on July 10th, and will retail for $85 USD.
4.9
Score
Popularity
Activity
Freshness