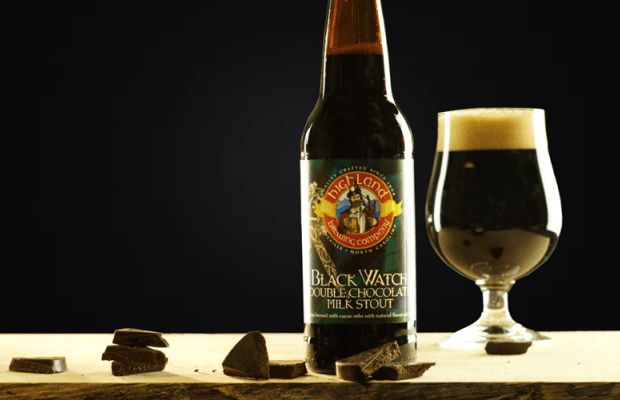 Joey Haar — November 10, 2016 — Lifestyle
References: highlandbrewing & brewbound
Share on Facebook Share on Twitter Share on LinkedIn Share on Pinterest
Special Black Friday deals and offers are more readily associated with massive retailers than they are with local craft businesses, but that isn't stopping 'Highland Brewing Company' from releasing its limited edition Black Watch Double Chocolate Milk Stout in conjunction with the consumer holiday. Based out of Asheville, North Carolina, one of the craft beer capitals of the world, Highland is known for its unique and creative brews (even within the already creative craft beer scene.)

The limited edition, Black Friday 'Black Watch' stout was initially released as a pilot batch last year, and the public response was overwhelmingly positive. Itching for another round of the rich, chocolate milk stout, Highlander decided to release the beer in a limited run again -- this time on the holiday that accurately reflects its black coloring.
0.6
Score
Popularity
Activity
Freshness
Get Better and Faster