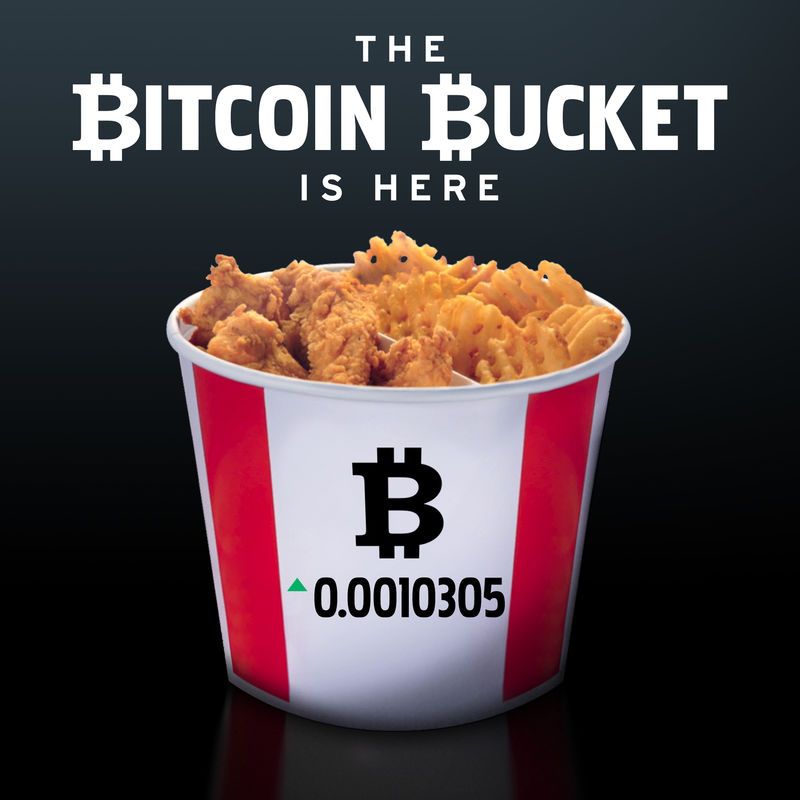 KFC's 'Bitcoin Bucket' Can Only Be Purchased with Bitcoin

Justin Lam — January 15, 2018 — Lifestyle
References: colonelandco & cointelegraph
Share on Facebook Share on Twitter Share on LinkedIn Share on Pinterest
For a limited time, KFC Canada is offering its Bitcoin Bucket for those with a penchant for cryptocurrency. The Bitcoin Bucket will be offered across Canada and will cost the equivalent of 20 Canadian dollars. This PR move was launched by KFC Canada through its Twitter account and was accompanied by a promotional Facebook live video for the Bitcoin Bucket. The offer can only be done through the KFC home delivery system and the bucket contains contains 10 chicken tenders, waffle fries, a medium side, a medium gravy and two dips. It is unclear as to how long the offer will be available, but it could stay depending on the demand and profit it may generate.

This publicity stunt is particularly interesting as it marks the first involvement of a major fast food chain in the cryptocurrency market. However, this is not the first introduction of Bitcoin in the food market, as German food delivery company, Lieferando, began accepting Bitcoin for orders. A similar imitative was launched by a chain of Hooters restaurants and Burger King Russia as both companies respectively launched their own virtual currencies. These initiatives, whether done for publicity or not, allow a viable use of cryptocurrency and could contribute to its further popularity.
5.1
Score
Popularity
Activity
Freshness
Access Advisory Services