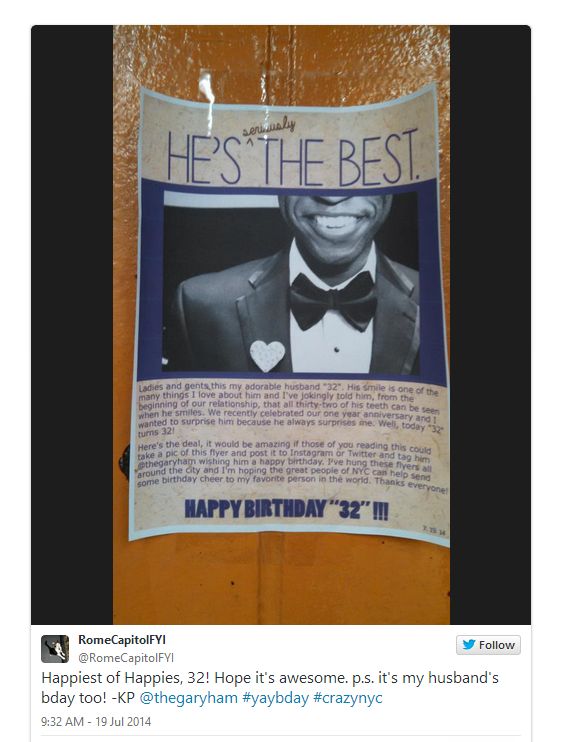 Laura McQuarrie — July 23, 2014 — Lifestyle
References: mashable & designtaxi
There's nothing better than getting birthday wishes when you turn a year older, but this year Gary Hamilton got a few more wishes than he was expecting. Ahead of his birthday, Hamilton's wife Jenn set up posters around New York City, asking Twitter and Instagram users to send him well-wishes.

Jenn is not a user of social media herself, which is probably a part of what made orchestrating this project such a successful surprise. Amazingly, there were a ton of people who were willing to take a moment out of their busy days to send a nice message to Hamiton, who describes that he was "Overwhelmed... but in the most awesome and flattering way" by the gesture.
4.5
Score
Popularity
Activity
Freshness