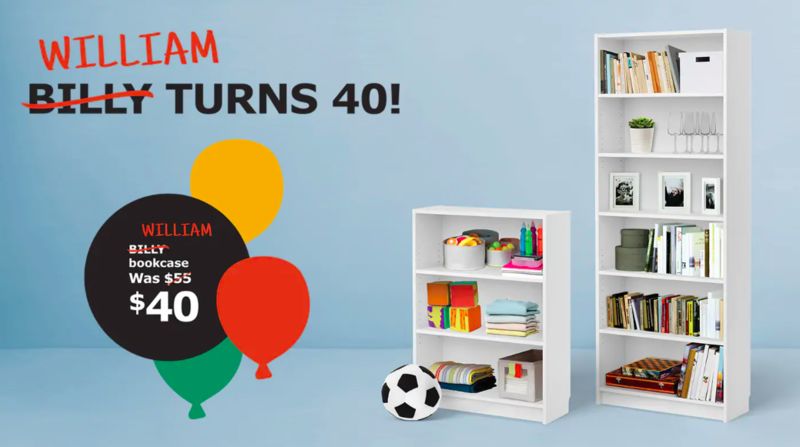 IKEA Announced a Grown-Up Name Change for Its BILLY Bookcase

Laura McQuarrie — February 28, 2019 — Art & Design
References: m2.ikea & ikea
Share on Facebook Share on Twitter Share on LinkedIn Share on Pinterest
IKEA's iconic BILLY bookcase is celebrating its 40th anniversary and to recognize how the furniture piece has only become more sophisticated with time, the furniture retailer introduced a campaign to announce #ItsWilliamNow—for its 40th birthday, the BILLY bookcase has been renamed WILLIAM.

Every five seconds, one of these classic bookcases from IKEA is sold, making this design that was originally launched in 1979 a truly timeless yet modern staple for the home. Originally, the bookcase was named after designer Gillis Lundgren's colleague Billy Liljedahl, who expressed his need for a "proper" bookcase.

For a limited time, in celebration of the 40th anniversary of the bookcase, IKEA is making all of its WILLIAM bookcases are available at a discount.
3.6
Score
Popularity
Activity
Freshness
Access Advisory Services