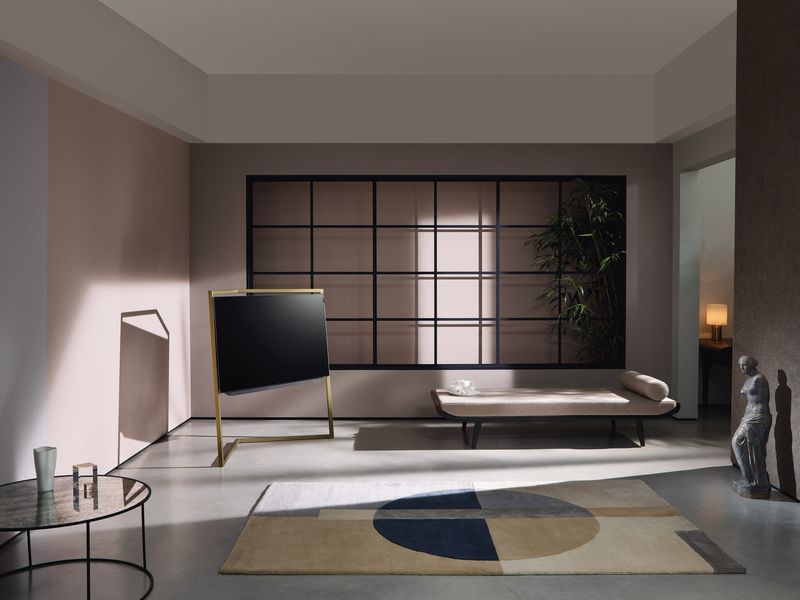 Joey Haar — May 3, 2017 — Art & Design
References: loewe & dezeen
Share on Facebook Share on Twitter Share on LinkedIn Share on Pinterest
Bodo Sperlein, the London-based creative director for German tech brand Loewe, has created the Bild 9 television to, as he puts it, "de-geezer the TV." Embracing modern technological necessities while putting them in line with concepts and aesthetics from Bauhaus and art deco, the TV is designed to be the focal point of any room rather than an extraneous accouterments.

Technically speaking, the Bild 9 is a flat-screen OLED monitor with a profile of just 7 millimeters, making it thinner than most peoples' smartphones. The OLED system also has a nearly instant response time, moving from pure darkness to a dazzling screen in less than a microsecond.

Tech aside, what really separates the Bild 9 from other TVs is its sculptural design. It comes with a art deco- and Bauhaus-inspired hand-forged steel frame that can stand in the middle of a room or mount on a wall.
3.7
Score
Popularity
Activity
Freshness
Attend Future Festival