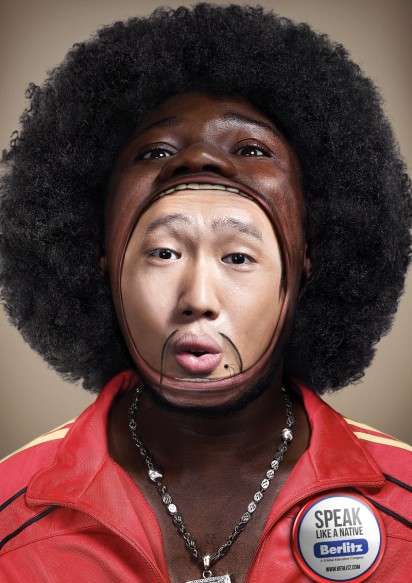 Meghan Young — June 24, 2013 — Marketing
References: hakuhodo.jp & ibelieveinadv
The Berlitz Language Center campaign takes a creepy yet creative approach to illustrating the benefits of the company's services. It revolves around surreal portraits that depict another person emerging from the impossibly stretched mouth of the actual speaker. For instance, a Chinese man is revealed inside of an African American. This drives home the tag line, "Speak like a native."

Conceived and executed by Hakuhodo, an ad agency based in Jakarta, Indonesia, the Berlitz Language Center campaign is clever, if in a rather shocking way. It was art directed by Fahmi Rahmadiputera, Chokyan and Hoh Woon Siew with creative direction by Lucy Novita. The images were shot by photographer Clarissa Peddy and post-produced by retoucher Anka.
5.5
Score
Popularity
Activity
Freshness