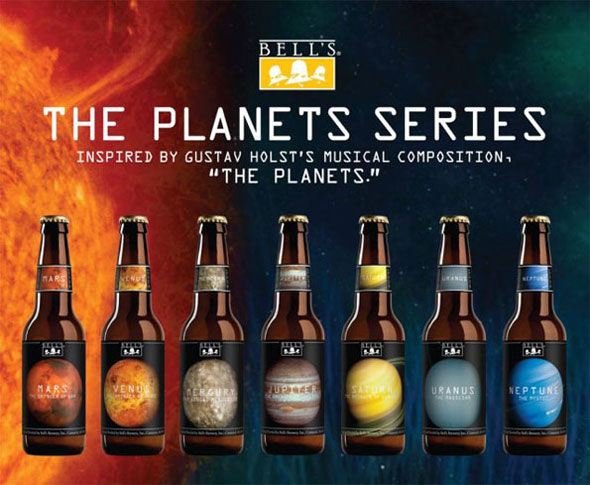 Megan Facciuolo — June 29, 2014 — Lifestyle
References: bellsbeer & foodiggity
Share on Facebook Share on Twitter Share on LinkedIn Share on Pinterest
Bell's Brewery is a beer brewing company based out of Michigan that is known for its eccentric beer branding and flavors. Most recently, it unveiled a new line of beer inspired by English composer and teacher Gustav Holst, who is most known for his musical composition called 'The Planets.'

Bell’s Brewery is now infusing that history into a modern line of brews, which of course, is aptly titled 'The Planets Series.' Each beer's branding is inspired by a different planet in our solar system.