45 Gift Ideas for Travel Enthusiasts
Next
Set of
Related
Ideas 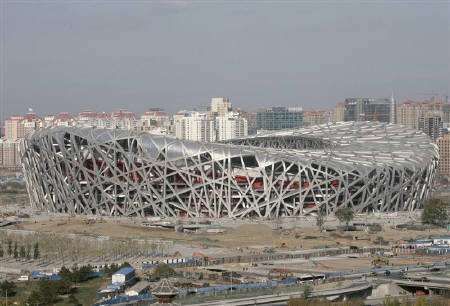 Beijing to Use Rockets to Stop Rain for Olympics

To assure perfect weather for the 2008 summer Olympics, Beijing will control the weather using rockets.

Their hope is that by shooting rockets with silver iodide into the air, they'll be able to disperse clouds, stopping the rain. The first use will be over the Bird's Nest stadium during the opening ceremonies. If all goes to plan, the rockets will drain the clouds of humidity for the August 8th event. Officials say there's a 47% chance of rain, and 6% for a big downpour.

"More than 100 staff at 21 stations surrounding the city will have 10 minutes' notice to fire rockets or cannons containing silver iodide at approaching clouds in the hope of making them rain before they reach the stadium," Reuters says. "Three aircraft will also be on stand-by to drop catalysts to unleash rain from the clouds."