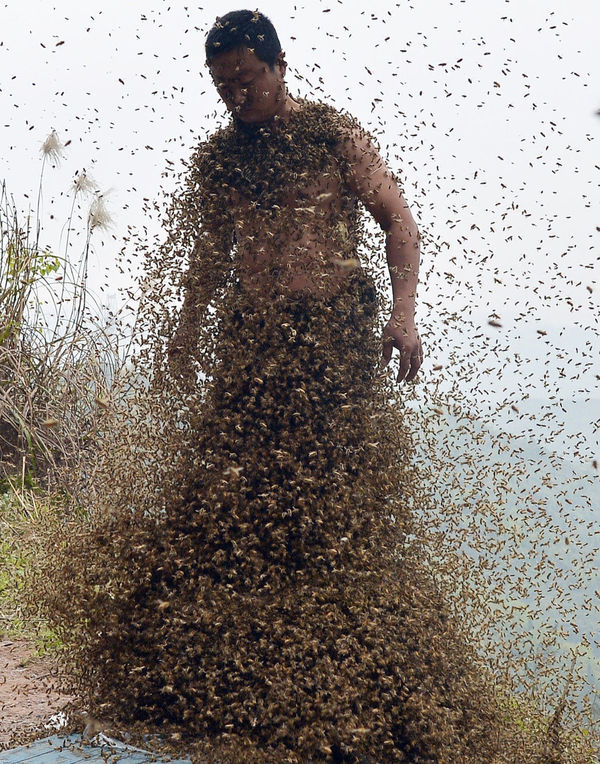 Jennifer Paul — April 15, 2014 — Marketing
References: afp & mashable
She Ping is a Chinese beekeeper and honey merchant who decided to take bee bearding to a new level to increase sales of his honey. He did the publicity stunt in hopes of breaking a world record for bee bearding, but fell short by a little bit. He ended up covering his body in over 460,000 bees.

Bee bearding is extremely popular in the city of Chongquing in southwestern China. Personally, I am terrified of bees more than spiders so this is something I would never want to witness in real life. The process of getting the bees placed around body starts with placing the queen bee on your body in a small cage. Eventually, other bees will swarm all over the person. Ping was protected by a plastic bag over his head, but he did the bee bearding stunt without a shirt on.
3.3
Score
Popularity
Activity
Freshness