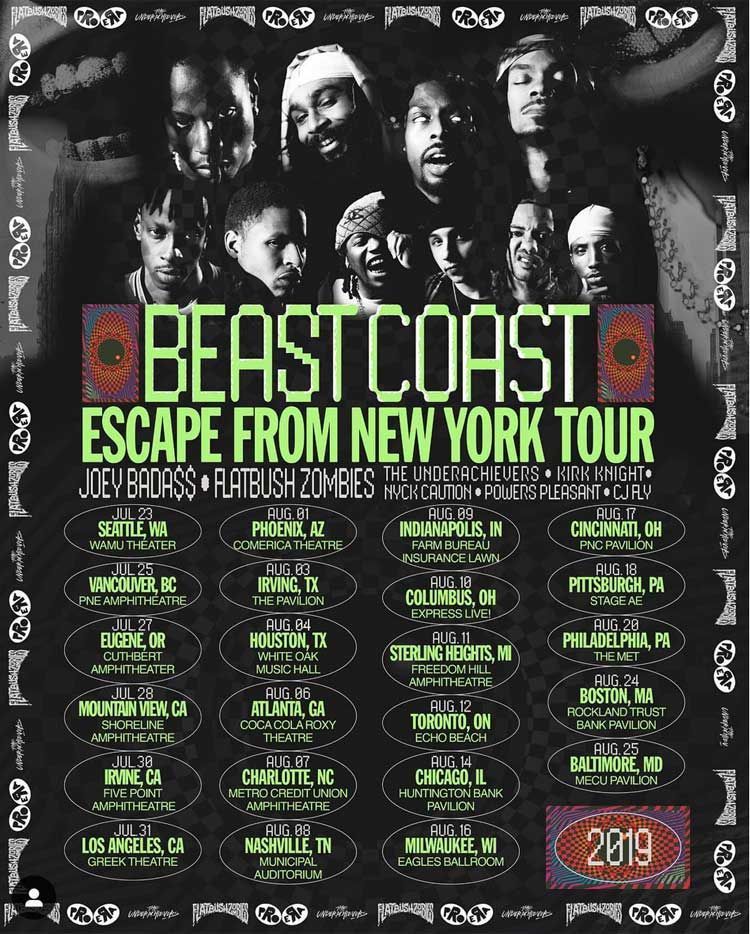 Beast Coast & PLUS1 Joined to Raise Funds for Public Education

The one-day event boasts a lineup that includes Beast Coast, Joey Bada$$, Flatbrush Zombies, The Underachievers, Kirk Knight, Nyck Caution, Powers Pleasant, and CJ Fly. The festival will kick off at 7pm, with doors opening at 6. General Admission tickets are available for all ages, and VIP is offered to attendees who are 19+. Meet and Greet Packages are also available for Beast Coast, Joey Bada$$, and Flatbrush Zombies.

In support of People for Education, which works to create a stronger public education system for Canadian youth, Beast Coast joined with PLUS1, giving $1 from each ticket sale to the organization. With a 7,000 person capacity for the event, this would result in a $7,000 donation if it sells out.
0.9
Score
Popularity
Activity
Freshness
Get the 2023 Trend Report FREE