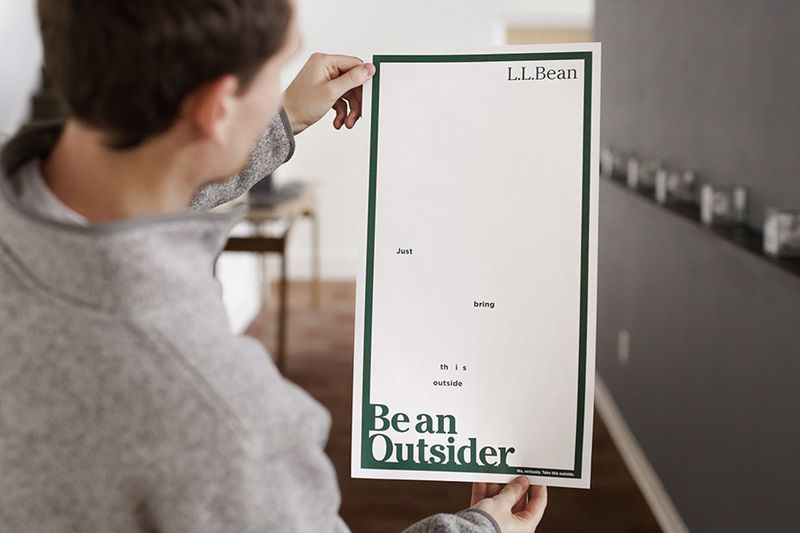 These Posters Introduce L.L. Bean's New Tagline, "Be an Outsider"

From the indoors, the paper advertisement only reveals text that says: "Just bring this outside," along with a smaller block of text below that reiterates: "no, seriously. Take this outside." Once a person has done so, the ad comes to life under the light of the sun, revealing a manifesto on the many joys of being in the great outdoors.

The ad was created with photochromic ink, which is coloress indoors, yet visible when exposed to ultraviolet light. The L.L. Bean newspaper advertisement recently ran in an issue of The New York Times.
5
Score
Popularity
Activity
Freshness
View Innovation Webinars