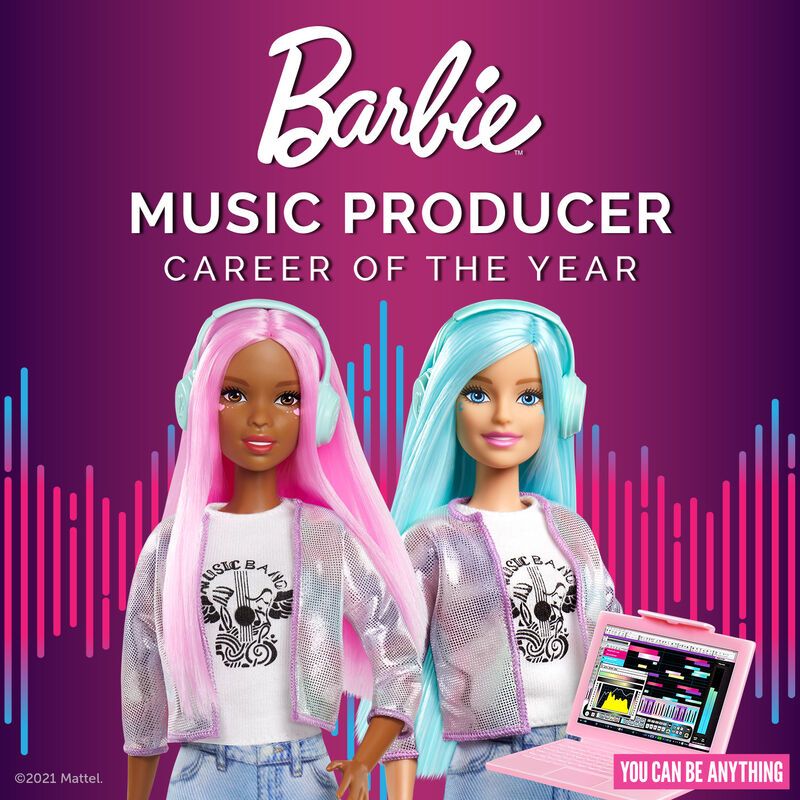 The new dolls are being released as part of the 'Barbie Dream Gap Project,' which has now produced dolls covering over 200 dynamic careers. Currently, less than 3% of the world's music producers are women, which is why the company wanted to show girls more role models in this space, encouraging "purposeful play through careers they may not be familiar with."

As part of the initiative, Barbie has teamed up with Grammy Award-nominated music producer, singer, and actress Ester Dean and Girls Make Beats to host a live webinar for girls aged between 5-17. In addition, Barbie will fund Girls Make Beats scholarships for girls enrolled in the program.

Makeover Fashion Dolls
Glo-Up Girls are Made to Glow Up by Changing Nail, Hair, Makeup & Styles