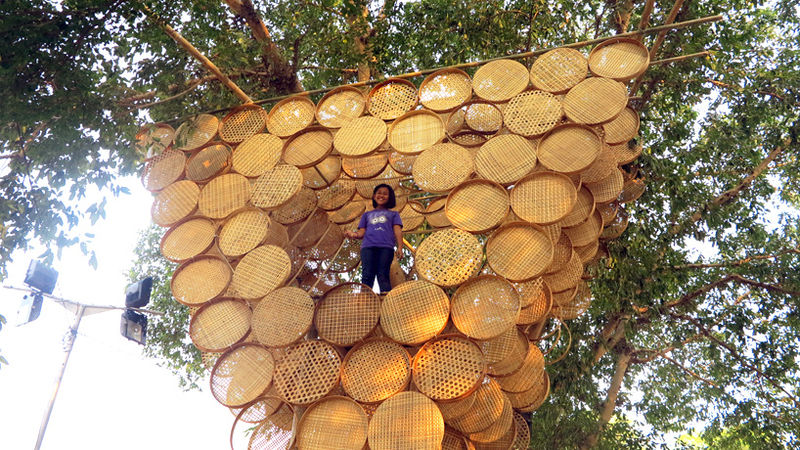 This Bamboo Treehouse is Inspired by Indonesian Tradition

Rahul Kalvapalle — September 3, 2014 — World
References: designboom
Share on Facebook Share on Twitter Share on LinkedIn Share on Pinterest
Indonesian firm Budipradono Architects constructed this beautiful bamboo treehouse using modules inspired by the tampah, a basket-like contraption used for filtering rice. The tampah is used to separate grains from other materials such as rice skin, gravel, leaves and so on.

The structure of the bamboo treehouse comprises each cylindrical piece being placed either parallel or diagonally to its neighbors to form a large triangular form.

The treehouse itself is located a full 5 meters above the ground, giving its inhabitants an interesting view of the surrounding area and a particularly telling perspective of the Vasternburg Fortress, a relic of Dutch colonial occupation from the 18th century.

The treehouse also features a bundled platform that extends out into the air far above ground, connecting the bamboo treehouse to its surrounding environment.