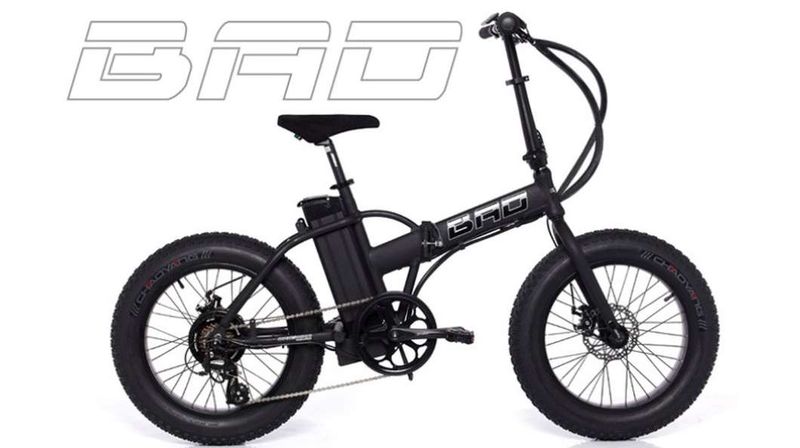 Rahul Kalvapalle — August 17, 2015 — Autos
References: bad-bike.it & gizmag
Share on Facebook Share on Twitter Share on LinkedIn Share on Pinterest
The Fat Bad is a bicycle, developed by Italian company Bad Bike, that claims to be the first ever electric folding bike with fat tires. While there are plenty of folding electric bikes around as well as a reasonable number of electric fat bikes, this is quite possibly the first time these two sets of features have been combined.

This bike is available in 250-watt and 500-watt versions. The former features a 10-Ah-lithium-polymer battery pack mounted vertically behind the seat post. The battery allows you move the 4-inch-wide tires for between 55 and 70 km. These performance features aside, the Fat Bad is otherwise similar to any other basic small folding bicycle. It features an aluminum alloy frame, hydraulic disc brakes, a 7-speed Shimano Altus drivetrain and reinforced aluminum rims.

The bike will be shown off at Eurobike 2015, where it is sure to turn heads among lovers of both electric fat bikes and folding electric bikes.