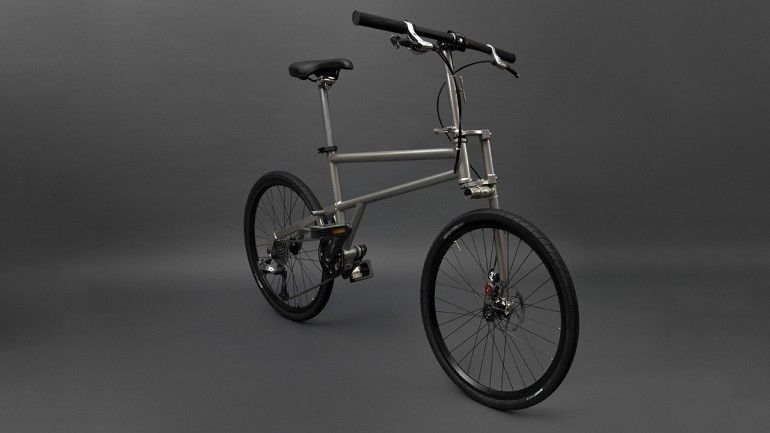 The Helix Bike Folds Smaller Than Any Other Folding Bike

The Helix pivots on helical hinges, while its two 24-inch wheels fold in against either side of the single-piece frame. When the handlebars are folded down, the seat lowered and the pedals flipped inwards, the end result is a folded package that measures just 23 x 25 x 9 inches. Incredibly, the wheels still turn when the bike is folded, making it easy to be carted along like a piece of wheeled luggage. At 21 pounds, the Helix is also among the lightest folding bicycles around.

The Helix folding bicycle is currently the subject of a Kickstarter campaign, with a pledge of $1,199 getting you one.