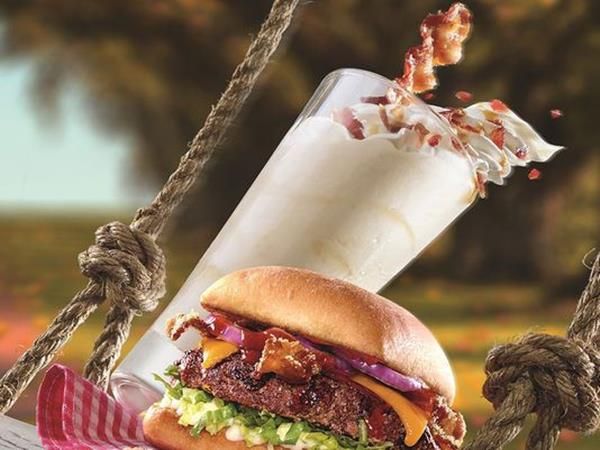 Alyson Wyers — September 15, 2014 — Lifestyle
References: usatoday & thatsnerdalicious
Share on Facebook Share on Twitter Share on LinkedIn Share on Pinterest
While some people have been adding bacon bourbon caramel topping to their popcorn, Red Robin is now blending the flavors into an unprecedented milkshake. Dubbed the Beam-N-Bacon Boozy Shake, the limited edition beverage will be available for a short time starting November 2.

Given the immense popularity of bacon, it's easy to believe this confectionary concoction will be very popular when it's released in Red Robin locations. Already known for putting unusual items in their shakes, the casual dining chain throwing bacon into the mix will give their customers a sweet and savoury shake they'll love.
2
Score
Popularity
Activity
Freshness
Get Trend Hunter Dashboard