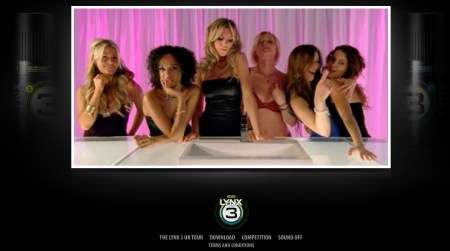 Bianca — April 26, 2008 — Naughty
References: adverblog
Lynx, known also as Axe, has earned itself quite a reputation for creating controversial ads. For the most part, they're debated for having some pretty naughty content. They're always on the verge of crossing the line to the inappropriate, but thus-far, the brand has managed to keep them entertaining, attention-grabbing and most importantly, viral.

Their latest marketing endeavor is the launch of new website that allows you to mix your own Lynx fragrance.

"Created by BBH the site features the tagline, 'It's good to mix things up' and it's directly connected to a partnership Lynx has signed with MTV to give more visibility to the campaign and to the online competition that invites consumers to watch the Lynx 'barman' mixing the fragrances, and then submit their own videos," Adverblog says.

Check it out at the Lynx Effect.